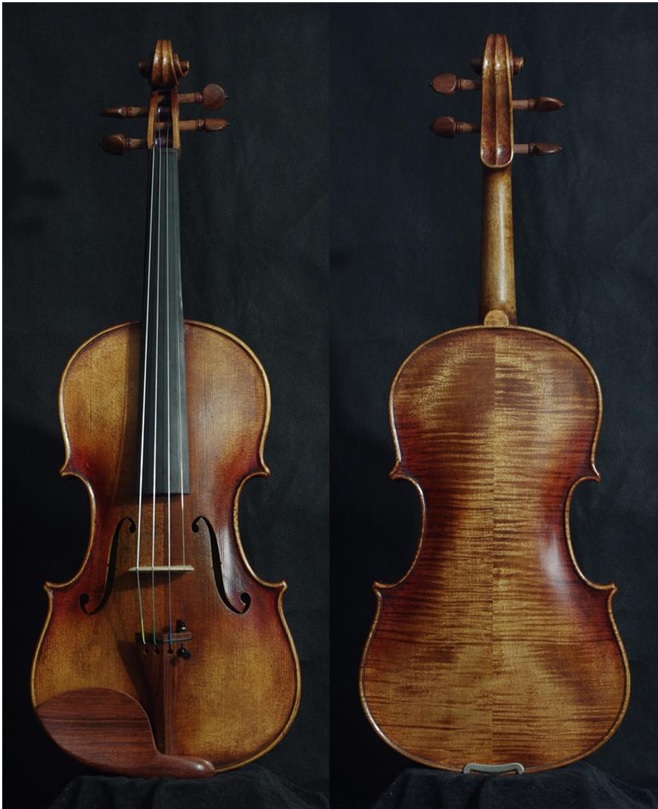 ABOUT Giuseppe Guarneri ‘Del Gesu’ ranks today as one of the two greatest violin makers of all time, although the marked difference between the appearance and sound of his instruments and those of Stradivari makes comparison almost impossible. Some simply prefer Stradivari, and some prefer del Gesu. Giuseppe trained with his father. The earliest known insruments that are entirely his own work date from the late 1720s, but it was not until 1731 that he began to insert the label with the monogram IHS. He seems to have been strongly influenced by the Brescian school, and his work combines the best of the Cremonese tradition with the stretched C-bouts and exaggerated f-holes of Maggini and da Salo. Tonally, his instruments retain much of the sweetness of a Stradivari, but have a seemingly unlimited depth and darkness of sound, irrespective of the pressure of the bow. It is the later instruments that have come to represent all that is characteristic of del Gesu the unbridled creativity, the astonishing disregard for the details of workmanship, and the sheer daring of design and construction that are the natural conclusion of the deeply ingrained individuality of the Guarneri family. The rapid spread of del Gesu’s fame in the mid-19th century was largely due to the patronage of Paganini, who played the ‘Cannon’ of 1743 for most of his career.

The Construction and Materials of this Violin: